There’s nothing better than reading a book or watching a movie that takes you into a new world. So how have I missed Get Santa, 2014, written and directed by Christopher Smith? I discovered it on Netflix. 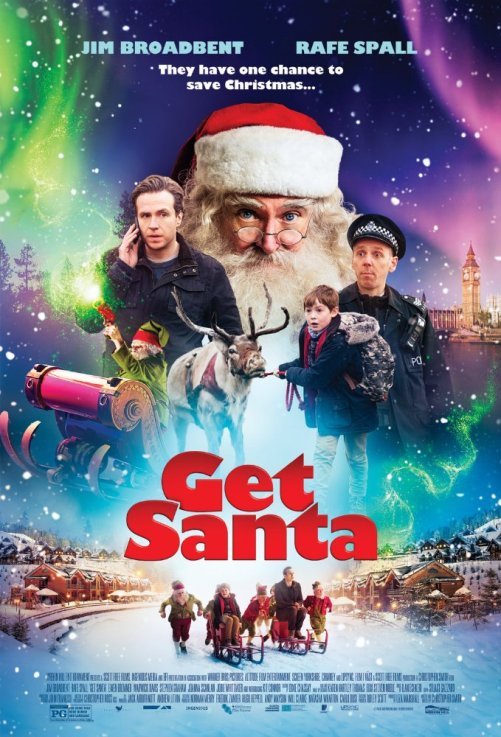 This movie is fun, endearing, and brimming with British humor and slapstick.

It’s reminiscent of The Santa Clause (my Day 7 review in 2015 which earned 5 of 5 Hot Chocolates) as it sorts out the relationship between a young boy, Tom, and his father, Steve, who has a hard time believing in Santa, although eventually – as does Tim Allen in The Santa Claus – he comes around.

Right off the bat, you know this story doesn’t follow any predictable sort of  “Christmas formula”.

After serving two years in prison for driving the getaway car in a robbery, the movie opens two days before Christmas with Steve’s release as he picks up his paltry possessions, including his most treasured item, a Rubik’s cube, though he has to endure the guard’s mocking comment about having not solved it. In the background, the mainstream news is abuzz over the mysterious appearance of what appear to be Santa’s reindeer roaming the busy streets of London. 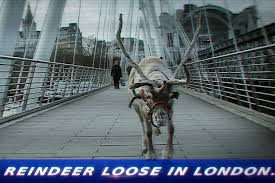 After begging and finally arranging with his ex-wife to see Tom the day before Christmas, Steve meets with his probation officer, Joanna Scanlan as Ruth (at first I thought she was Pam Ferris as Trunchbull in Matilda), and is advised he must check in every day at 5 PM, except for Christmas, the day she takes her pet toad home, or he will go right back to prison. (Big red flag, Steve…) Later that night, nine-year-old Tom finds Santa (who wrecked his new sleigh) in the garage (pronounced like carriage), and calls his dad for help.

Suffice to say, on Christmas Eve Day, there is so much magic happening in this mad-cap fantasy, I don’t want to accidentally give away any spoilers. You’ll have to see it for yourself.

Other burning questions are answered as well.

Though it’s not Monty Python, this movie has plenty of low laughs including:

The British always shine doing this sort of humor – and no, there was no profanity, but we did have to raise the volume so my husband could pick up nuances due to the accent – apparently my rendition is not convincing. Eh? And we had to hit rewind a few times because we were laughing so hard we couldn’t hear the follow-up one-liners.

In the end… this is the kind of movie you don’t want to stop. The attention to detail was spot-on and all the actors nailed their roles. Oscar-winning Jim Broadbent was the perfect Santa. 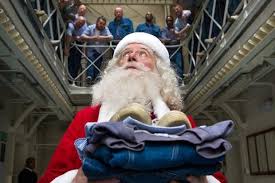 We discover why Santa chose Steve, who has a reputation for never following through, but held onto the Rubik’s cube Santa gave him all those years ago.

I never solved one either…

I will watch this movie again. There was so much action, so many layers, and so much happening on the side-lines, I know I’ll see new things every time I watch. (I hope I can read the script one day.)

I have to break the mold, and step out of the box on this one.